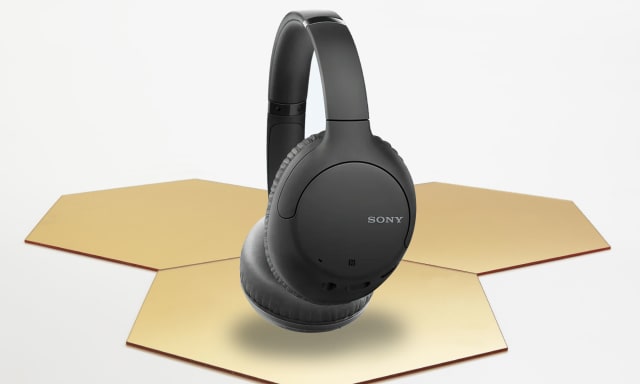 While Sony’s WH-1000XM4 are definitely the best headphones you can buy right now, the company’s WH-CH710N offers the most bang for your buck. This more affordable model debuted in April for $200, but we’ve already seen it on sale for much less — sometimes as low as $98. The CH710N offers respectable sound quality and capable ANC. Neither feature is as good as what you’ll get on the 1000XM4, but at this price they’re hard to beat. What’s more, these headphones are also lightweight and comfy, so if the person on your list needs to wear them for hours at a time, they won’t become a burden.

Jabra’s true wireless earbuds have impressed us since the Elite 65t debuted in 2018. The company followed up with the excellent the Elite 75t, but the buds still lacked a key feature: active noise cancellation. Now Jabra has the Elite 85t, its first true wireless model with ANC on board. While the company added noise cancellation to the Elite 75t via a software update, the Elite 85t has a dedicated chip which allows you to customize the levels of both ANC and ambient sound independently. The company was able to retain much of the Elite 75t’s design, with the buds themselves being only slightly larger. Jabra also added wireless charging, making these full-featured earbuds for the person on your list who could use an audio upgrade.

You may want to give wireless earbuds as a gift, but you might not want to commit $200 or more to the cause. If that’s the case, Anker’s Soundcore line offers some great options for under $100. One of our favorites is the Spirit Dot 2, a set of tiny true wireless earbuds packed full of features and impressive bassy thump. The small size makes these extremely comfortable. They’re also IPX7 rated waterproof, so whoever you’re giving these to is well-equipped for New Year’s resolutions on the trail or at the (home) gym.

Sonos debuted a lot of great-sounding WiFi-connected speakers over the years, including Playbar and Beam that are both designed for the living room. With the former being well overdue for an update, and the latter meant to be more of a budget option, the company didn’t have a powerhouse model equipped with Dolby Atmos. That changed with the Arc, a $799 soundbar that offers immersive audio and automatically adjusts to both content and additional speakers when you expand your setup. The downside, of course, is the price. And the cost of adding on even a Sonos Sub gets expensive quickly. However, if you don’t mind splurging on your holiday shopping, this thing sounds incredible so long as you have a newer television to accommodate it.

Anker’s Soundcore line has some affordable true wireless earbuds, but it’s also home to some solid Bluetooth speakers. The $69 Flare 2 offers 360-degree sound with the company’s BassUp technology for decent low-end tones. It also has built-in lights, if you’re shopping for someone who enjoys a good stuck-at-home rave. More importantly, the Flare 2 is IPX7 rated, so it can withstand spills and even full submersion. There’s also a degree of customization with the EQ and the lights, so the person on your list can tailor the speaker to their personal preferences.

Since we’re likely stuck at home for a while longer, the gift of some great-sounding shelf speakers can go a long way to making your loved one happy this holiday season. We’ve been fans of Audioengine’s speakers for a while now, and the new A1 pair is no different. This compact duo offers Bluetooth aptX connectivity alongside an aux input. There’s also a dedicated output for a subwoofer and a handy volume knob right on the back of one side. These can be used on their own or added to a turntable or tape deck setup for a solid home audio upgrade.

Vinyl’s comeback continues, so a new turntable would make a great gift for the music lover you’re shopping for this year. The AT-LP120XUSB is a successor to what was widely regarded as one of the best bang for your buck turntables out there — the AT-LP120. It has a built in amp, just in case the person you’re gifting to doesn’t already have one, and USB connectivity for converting vinyl to digital. It’s direct drive and capable of playing 33-⅓, 45 and 78 RPM records. Plus, it could serve as a budget-friendly DJ deck should the need arise.

Teenage Engineering’s tiny Pocket Operator synths aren’t just fun for passing the time — they provide enough tools and sounds to do some serious beat making. The company offers a range of options, but this micro sampler with a microphone and 40 seconds of built-in memory is hands-down the best. The sampling abilities are versatile and the dual engines (melodic and drums) provide ample room for experimentation. Engadget managing editor Terrence O’Brien even says it’s like having an MPC in your pocket. Not bad for $89. That means you don’t have to break the bank to buy the music nerd on your list a powerful compact instrument that runs on AAA batteries.

At $699 this is definitely a splurge gift. But if you know someone who is serious about their synths and has a bit of an experimental streak this is sure to be a hit. The Subharmonicon is inspired by a pair of early electronic music instruments: the Mixtur-Trautonium and the Rhythmicon. It explores the concepts of subharmonics and polyrhythms to create strange and unexpected sounds. It’s capable of that classic and phenomenal Moog sound, but it will also force you out of your comfort zone. It’s a glorious happy accident machine and, honestly, we probably underrated it in our review. — Terrence O’Brien

If there’s a musician in your life who constantly complains about the limitations of their instruments and effects, then they need a ZOIA. While, yes, it can be a simple multi-effects pedal, its true power comes from combining its 80-plus modules. ZOIA can be used to combine effects in creative ways, create entirely new ones, or even be a stand alone instrument. It’s easily one of the most flexible musical devices on the market. Not to mention, there’s a very large and very active community building patches for it and sharing them online — almost 700 at the time of this writing. — T.O.

The premise of a guitar pedal whose effects you can change using game console-like cartridges might seem gimmicky, but the Arcades can’t be dismissed. Each card has eight different effects organized around a loose theme like “reverb” or “pitch.” The pedal comes with two of your giftee’s choice for $329, and there are six more available at $49 apiece. The real beauty of the Arcades, though, isn’t in the breadth of effects necessarily, but how deeply it explores the world of warbly, lo-fi and broken sounds. If there’s a musician on your shopping list who still uses cassette tapes and VHS, this is for them. — T.O.

The original KeyStep has long been a staple of hardware-centric synth setups. Its solid arpeggiator and sequencer, plus an array of connectivity options made it an instant classic. Earlier this year Arturia launched the KeyStep Pro, a multitrack sequencing powerhouse. Then, not that long ago, the company surprised almost everyone by introducing the KeyStep 37, a sort of middle child. It’s smaller than the Pro and lacks the multiple sequencer tracks, but includes many of the advanced features introduced by its big brother, including MIDI CC control, a souped-up chord mode and new arpeggiator modes. The KeyStep Pro is probably overkill for most, but almost any musician on your list will appreciate the KeyStep 37. — T.O.

When Elektron dropped the price of its Model lineup from $399 to $299 it went from good deal, to absolute steal. The Model:Cycles is the newest member of the groovebox family and it brings everything that makes Elektron gear so exciting — namely its flexible and powerful sequencer — to a true entry level device. The Cycles focuses on FM synthesis, which is notoriously difficult to tame, but here it’s streamlined enough that even the most inexperienced user should be able to grasp it. If there’s someone on your list looking to start dabbling in electronic music, this is a pretty solid entry point. — T.O.